Apex Legends: The next big free-to-play Battle Royale has arrived 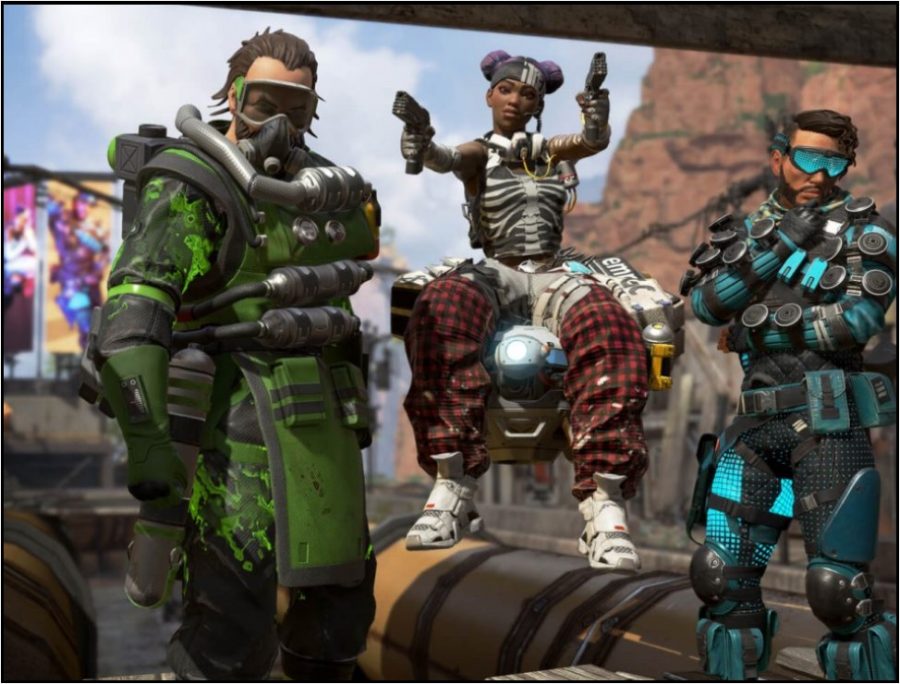 Electronic Art’s new game “Apex Legends” is one of the best battle royales out there. It’s free-to play and includes new features that make the game less aggravating to play and easy to learn.

On Feb. 4, “Apex Legends” was released on PlayStation 4, PC, and Xbox One. The game takes place in the “Titanfall” universe and has 20 squads of three players picking different characters to drop in, pick up equipment and guns, and fight it out in an arena called King’s Canyon.

While being knocked down can be frustrating, players can find knock down shields which protect them for a bit while they wait to be healed, and they can also ping themselves so they can be found more easily.

If a teammate is knocked down and then killed, their allies can find a crate with their fallen ally’s custom banner attached to it. If the living team members reach the crate in enough time, the banner can be picked up, carried to a special respawn point, and used to revive the dead player.

It takes some time to do so and thus the remaining members of the squad must be careful and defend each other while their teammate is brought back to life, giving them a second chance which is better than being dead and watching from the sidelines.

Players can pick from six characters to play as and can eventually unlock two more as they keep playing the game and earning in-game currency.

Each character has two unique combat abilities and one unique passive ability which is a fresh breath of air from other battle royales where only the player’s clothes or color scheme change.

At the beginning of a match, a squad’s banner is shown to all players with the middle player being called a “champion.” A champion is a player who placed first in their previous match, and killing them will reward 500 experience points which is what players use to level up.

Leveling up can reward players with red currency, yellow currency, and custom skins for guns; simply playing and winning matches will award blue currency based on performance and other things in battle, meaning players don’t have to pay for anything in the game unless they want to.

Speaking of finishers, they can be used on knocked down opponents and are flashy moves unique to that character which kill knocked down foes. The finishers leave the player open to attacks, and other players can simply punch them or shoot them to stop the move from being used.

Tactical and ultimate abilities can only be used under certain conditions and have their own limitations.

For example, Pathfinder can only use his grappling hook if the surface he wants to grapple to is close enough and Wraith can only make two portals that last for 60 seconds, but setting them up leaves her vulnerable for a period of time.

Passive abilities, however, activate when needed, such as Wraith’s, which lets her know where enemies are or if they’re close enough to her.

Picking a character can be frustrating, because no two players can play the same class and its useful to pick complementary characters.

It’s best for players to grow accustomed to at least two characters in case their main character gets selected before they can choose them.

In 2019, the title of best battle royale goes to Apex Legends because it is free and easy to get into.