Animated TV shows for adults can be powerful, therapeutic 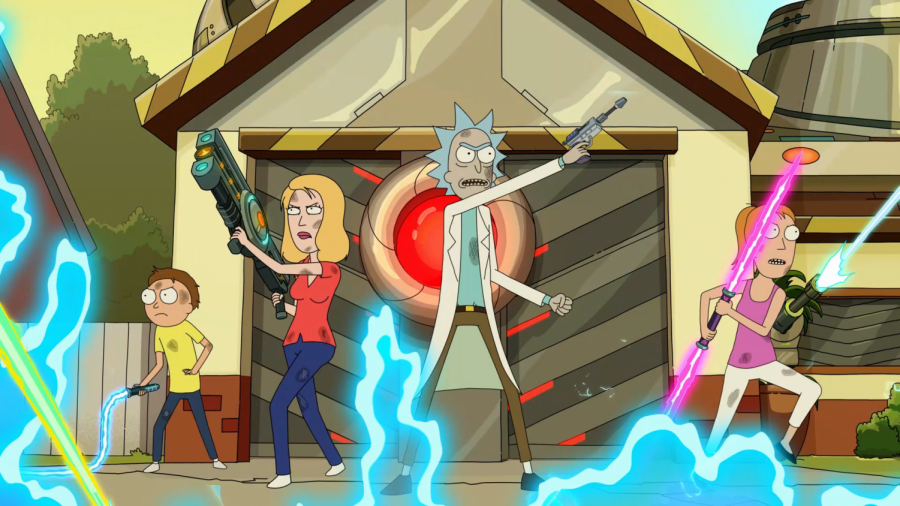 On the surface, “Rick and Morty” seems like a zany animated comedy, but in reality the show tackles some of life’s most challenging topics.

In the United States, there are more than 100 million television watching households, but—if you’re like my parents—adult animated shows like “Rick and Morty” and “Bojack Horseman” aren’t worth your time.

But viewers who watch adult animated shows realize that the shows have a deeper meaning than people realize, and they can be gripping, powerful dramas about life’s most difficult questions.

When I was younger, I was always shielded from television shows like “The Simpsons” and “Family Guy.” My parents both agreed that it would “rot my brain.”

Maybe I was too young to understand the satire of those shows, but when I was thirteen, I started to watch some adult animated shows.

The first show that I watched was “Rick and Morty,” which I started watching only because my favorite rapper, Logic, sampled the show as the intro to his album “Bobby Tarantino ll.”

“Rick and Morty” is about an alcoholic, ill tempered scientist, named Rick Sanchez, and his grandson Morty Smith. The premise of the whole show is that Rick is trying to reconnect with his daughter Beth, but he ends up being closer with his hormonal, awkward teenage grandson Morty, who joins Rick on adventures that take them through the multiverse.

For example, the episode “Rick Potion #9” features Rick and Morty fleeing to an alternate universe after their attempts to create a love potion have unintended consequences for their original universe.

As they bury their dead bodies from another timeline, Rick’s existential dread starts to rub off on Morty as he explains that the more universes there are, the less meaningful individual choices become.

Morty realizes that his life is meaningless and that he’s understanding that he’s now older and having to face problems by himself.

Watching the show reveals the generational struggle Rick and Beth (and her husband Jerry) face trying to do what is best for their kids, and it highlights how difficult it can be to be an adult and a parent.

If “Rick and Morty” isn’t making the viewer laugh or cringe, it’s probably making them cry.

The Netflix series “Bojack Horseman” is another adult animated series that will make viewers rethink their lives.

“Bojack Horseman” is about a former 90’s sitcom star attempting to make a comeback in fictional Hollywoo. Bojack is also dealing with addiction and depression, and he uses his past as an excuse, trying to dull his pain with bad behavior that makes things worse.

Just like “Rick and Morty,” “Bojack Horseman” deals with multiple sensitive issues that affect people daily with loneliness affecting most of the characters.

The show accurately portrays different types of loneliness. For example, Bojack’s ghostwriter, Diane, finds herself constantly misunderstood by her husband Mr. Peanutbutter, and Bojack’s manager, Princess Carolyn, is a workaholic who puts others before herself.

Bojack’s inability to maintain healthy relationships and his general victim attitude always leave him alone to reflect on his poor behavior.

The show also deals with addiction and death. After Bojack played an adoptive father to three human kids in his 90’s sitcom “Horsin Around,” he tries to help the youngest daughter, Sarah Lynn, after  she became a drug addicted pop sensation.

She and Bojack eventually reconnected and went on a month bender of drugs, which killed Sarah Lynn. Bojack feels it’s his fault due to the fact that she was six months clean and he pressured her into doing drugs.

This episode in particular is quite upsetting to many viewers, but it’s not a kids show. It’s a show that explores how Bojack Horseman manipulates people, how his misery drives him to crush people around him to make them feel the same way he does.

These shows in particular shouldn’t be watched by children, but they shouldn’t be dismissed for being animated. Both of these shows explore some of life’s most difficult questions in a way that can be therapeutic.