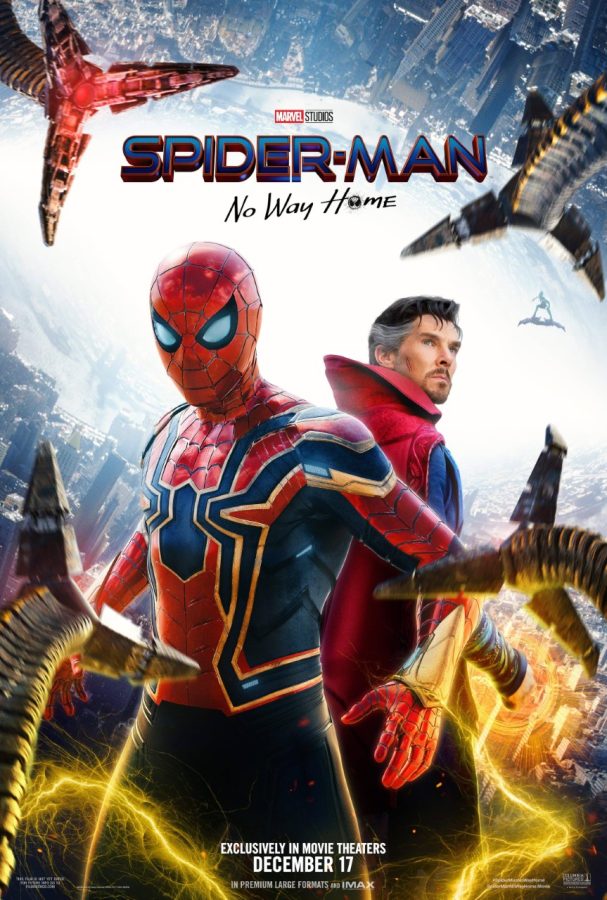 The new trailer for the upcoming “Spider-Man: No Way Home” has many people hyped up for the new movie which comes out Dec. 17. People are excited about the collaboration that would have never been imagined, plus the possible end of the Tom Holland Spider-Man era.

Warning: continue at your own risk. There are spoilers ahead from the previous Spider-Man movies and the trailers for “Spider-Man: No Way Home.”

The biggest reason people are hyped is because of the potential appearance of characters from the five Spider-Man movies before Tom Holland took the role.

At the end of 2019’s “Spider-Man: Far From Home,” the villain Mysterio gives his final words, revealing that “Spider-Man’s real name is Peter Parker.” With Spider-Man’s identity revealed, everyone he cares for is in danger.

Trailers for “No Way Home” show Parker asking fellow superhero Doctor Strange to make sure everyone forgets that Mysterio told the world that Spider Man was Peter Parker.

But when Doctor Strange is making the spell to undo everything, Peter realizes his love, Zendaya’s character MJ, will forget that he is Spider-Man and everything they ever went through.

So Peter messes up the spell, releasing the multiverse with old villains such as Electro, Green Goblin, and the notorious Doc Ock.

But these aren’t new actors playing old roles; they seem to be the original actors from previous Spider-Man movies.

There are rumors that previous Spider-Man actors Tobey Maguire and Andrew Garfield will also appear in the movie.

If those rumors are true, could the villains team up to fight the three Spider Men in an epic battle?

Not much was revealed in the trailer, so there could be way more in the movie such as appearances by Tom Hardy, who plays Venom in “Venom: Let There Be Carnage,” and others.

This movie could possibly be the perfect way to end the Tom Holland Spider-Man era.

“Spider-Man: No Way Home” releases Dec. 17 and is one of the most anticipated marvel movies of all time.