It’s award season, and the newspaper staff chose our own winners for these six film categories. 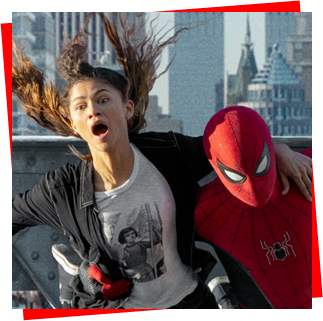 “Spider-Man: No Way Home” is the Best Picture winner because of the emotional impact of a film with moving cameos and great set-pieces.

It was a big hit, grossing more than $1.13 billion in the box office.

The movie has amazing visual effects, with enjoyable characters from five previous Spider-Man movies. Joining Tom Holland and Zendaya in the film are stars Tobey Maguire and Andrew Garfield from movies dating back nearly 20 years. The cast has an amazing way of acting to really pull out emotions that they portray into the viewers.

The cast also has wildly entertaining fashion that comes from earlier movies and that express the characters in a more comic book way.

This movie in particular has a shocking end that really brings out the tear jerkers for Spider-Man fans all over the world.
Best Animated Movie: Demon Slayer Mugen Train
Rent on streaming services 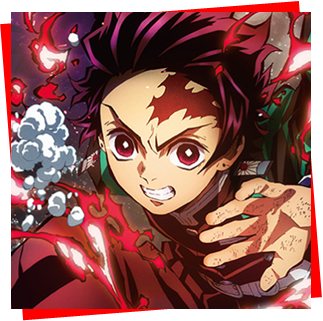 Main characters Tanjiro, Zenitsu, and Inosuke continue their journey to slay demons alongside their new teacher Rengoku before being side tracked by two members of the main antagonistic faction, the Twelve Kizuki.

The film is beautifully paced and does a great job developing the characters’ individual personalities and ambitions.

Additionally, the fight scenes are both visually stunning and emotional, and they will get viewers out of their seats and wanting to slay their own demons.

No doubt by the end of the movie viewer’s hearts will be set ablaze.
Best Male Performance: Andrew Garfield in tick, tick…BOOM!
Streaming now on Netflix 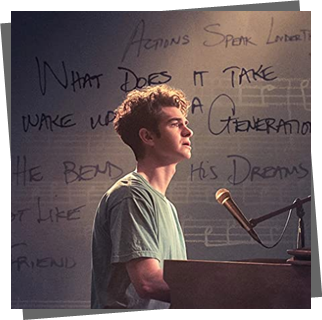 Audiences don’t have to watch “tick, tick…BOOM!” for long to realize they are about to be swept up in a showstopping performance by Andrew Garfield.

Garfield is in nearly every scene, and he brings an inspiring range of emotions and colors to his performance.

He is often driven by a manic—almost desperate—energy as he tries to outrun his own expectations, insecurities and deadlines, but many other feelings also come through in scenes where his relationships crumble, friends fall victim to AIDS and more.

He is able to imbue his “real life” scenes with a palpable sense of panic while also changing gears ever so slightly to play a stage actor performing his part.

Oh, and the singing? Garfield had almost no vocal experience and had to train for months to execute the part convincingly. 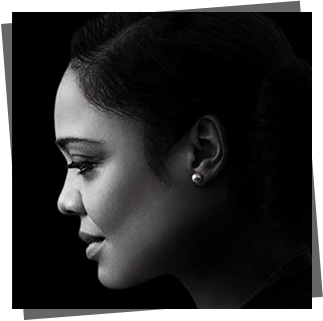 Tessa Thompson’s portrayal of Irene is in the film “Passing” is strangely effortless, even when communicating the most nuanced emotions.

She is fantastic as a character who is continuously at odds with herself and in an emotional battle with her own opinions, which expand and develop beautifully throughout the film.

Keep an eye out for a scene in which Thompson lets out a very intense laugh in response to Clare’s husband, John, making an insensitive joke and expressing racist beliefs about the black community.

It’s a powerful performance that elevates the film while also emphasizing the film’s central theme.

Thompson’s Irene says “things aren’t always what they seem” in one of the film’s most beautiful scenes, and it perfectly encapsulates the film’s central premise.
Most Disappointing Picture: Dear Evan Hansen
Rent on streaming services 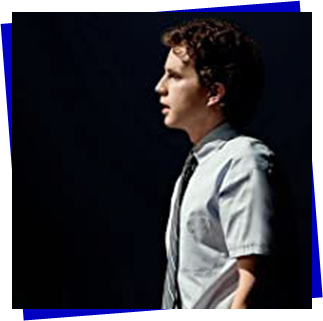 The “Dear Evan Hansen” movie was destined to be an absolute disaster from the very beginning.

Evan Hansen, the movie’s teenage protagonist, is portrayed by the play’s original Broadway actor, 28-year-old Ben Platt. Evan, a 17-year-old, is played by someone over a decade older. See the problem?

Platt looks FAR too old to be playing a teenager, and the makeup they use to make him appear younger ends up having the opposite effect.

That and the countless moments of acting shortfalls make the movie incredibly underwhelming.

The musical numbers are pretty good, but unfortunately audiences have to sit through the rest of the movie to get to them.

Some plays just aren’t destined to make the big screen, and “Dear Evan Hansen” should have been one of them.
Best Soundtrack: Encanto
Streaming now on Disney+ 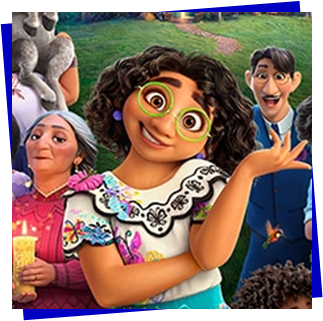 “Encanto” provides a new kind of culture to the typical Disney music.

While listening to the soundtrack, people can hear the different types of music that make this soundtrack what it is.

The song “We Don’t Talk About Bruno” has several different moods in itself.

Listeners can hear the smooth voices turn into a fast pace hip-hop/rap, before all the voices come together in an upbeat but mysterious mood.

The soundtrack is receiving positive feedback to the point that “We Don’t Talk About Bruno” hit number one on the Billboard Global 200 on Feb. 12.

The songs all provide an interesting twist to the typical Disney music at some point. Disney music is typically great, but this soundtrack goes beyond Disney’s high quality.

This soundtrack was different as it provided new genres and a new kind of culture.