Why are clocks still springing forward? 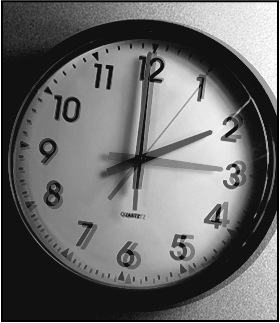 Clocks spring forward every year in March, but how much longer will this be the case?

It is the time of year that the clock springs forward and teens dread losing even just one hour of sleep.

When this time of year hits, the questions start coming: What is daylight saving time? How did it start? When will it end?

Daylight saving time is a system for advancing clocks, so as to extend daylight hours during the summer months.

The idea of daylight saving was first suggested whimsically by Benjamin Franklin in a 1784 essay, but it wasn’t until World War I that the United States adopted summer daylight saving time to conserve fuel by limiting the need for artificial light.

A myth about daylight saving time is that it was created to help farmers, but farmers actually lobbied against the proposal when it first came out because they did not want to have one less hour to get their goods to the market.

During World War II, clocks were kept continuously advanced by an hour in some countries, including the United States from Feb. 9, 1942 to Sept. 30, 1945.

Since WWII, daylight saving time has been changed several times, and there are talks about it maybe changing again.

As of late 2021, 19 states have enacted legislation or passed resolutions to provide for a year-round daylight saving time, which would make the days more like summer, as there would be more light in the evenings. Clocks would no longer fall back in November.

“I like the idea of it being like summertime all year round,” sophomore Tyler Judd said. “When it gets dark out earlier, there isn’t much to do.”

This is a common opinion.

“I want more light in the evenings,” senior Luca Buhrmester said. “I like driving to school when it is dark and like having more daylight in the afternoon so I can do more during the day.”

Some students support a change because they see benefits to not resetting clocks, such as sophomore Colton Boyer.

“I would support it changing, if it means clocks staying the same. Then people would have easier and better sleep schedules to follow,” Boyer said.

“I don’t like daylight saving time because I don’t like having to change my alarm clock every time,” he said.

Although this change sounds good to some students, other students don’t feel that this would be a great idea.

“I think daylight savings should stay the same because people are used to it,” sophomore Abigail Dimuzio said.

Although there is momentum building to change daylight saving time, there are currently no bills in Congress to change it.