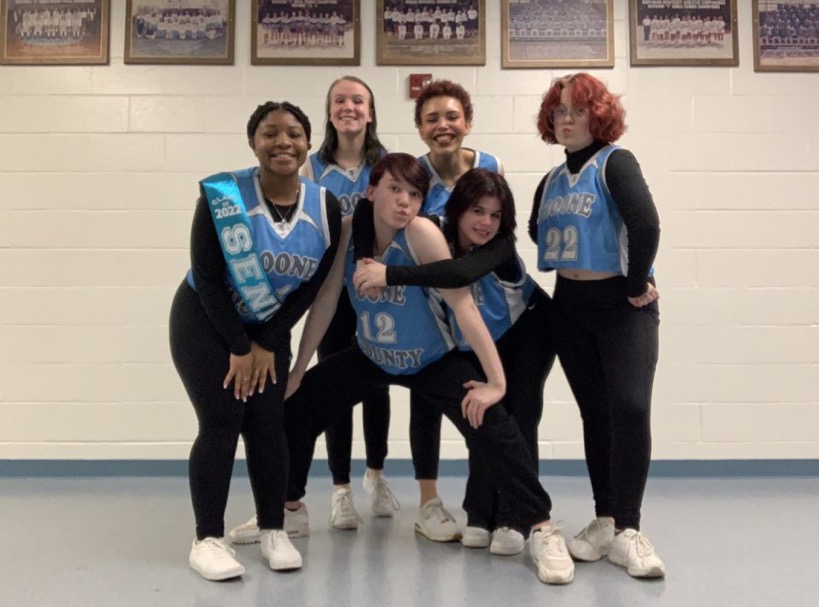 Business teacher Kristin Morvik is the new dance coach, and she has spent her first year learning where the dance team has been and where she thinks it should go.

She said the team faced challenges having to do with COVID-19, not getting to compete in competition, and not getting to be at some basketball games, but she had a “small and mighty” team that pushed through.

“A big win for (the team) was being able to participate at the spring pep rally,” Morvik said.

But getting to the pep rally was a long journey that started with recruiting and rebuilding, something Morivik called “the biggest thing this year.”

The dancers participated in showcases at Cooper and Ballyshannon to build their confidence, but will need more dancers to enter competitions next year, Morvik said.

She said the team brought more attention to the dance program by making goodie bags for the football and basketball teams and partnering with the cheerleaders.

Another step in the journey was figuring out uniforms.

Morvik said the team “decided to get a bit creative” with the uniforms by using some retro basketball jerseys, but she hopes to get new uniforms soon.

The team practiced Mondays and Tuesdays for an hour and a half and then they usually attended home varsity football and basketball games.

“We spend a lot of time together,” Morvik said, explaining that the team was willing to come up with new ideas and new music to find something the student body would appreciate.

“We tried never to do the same dance too many times at a game, so we tried to always have at least three dances we could choose from,” senior Trinity Howard said.

According to Morvik, the dancers rotated through five different routines.

This journey led the team to the winter pep rally.

Morvik said the team was very vulnerable at the pep rally, and did not know what people would think.

“We’re still a small team, and we felt confident about the dance, and about the music, but when you’re done, you hope you don’t hear crickets,” Morvik said.

“I was scared but also excited to dance at the pep rally because I wanted the school to see the new and improved dance team and everything we worked hard to achieve this year,” Howard said.

The response was positive, with the dance team getting some of the biggest cheers of the event.

“The team was so excited, especially hearing a lot of chanting and applause and just the people getting into it and getting hyped up,” Morvik said.

“I think we did what you’re supposed to do at a pep rally, and (that is get) them excited,” Morvik said, adding that the pep rally performance “gave the team a lot of confidence to keep pushing through and keep building and be even bigger and better next year.”

Tryouts are in late April, and the program is flexible for kids who want to participate in other activities during the dance season.