Boone’s clubs are showing up and donating 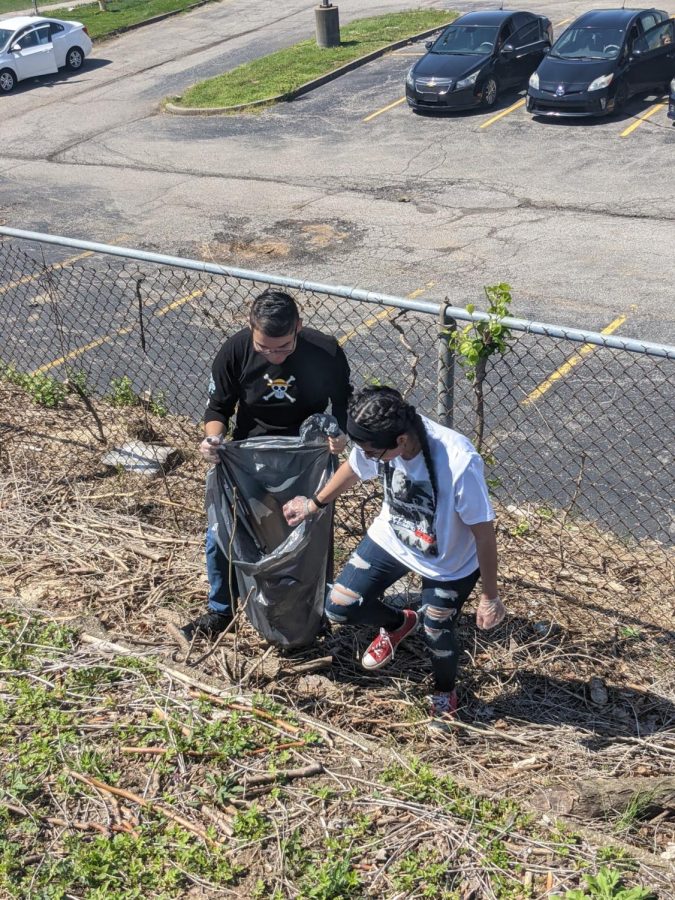 Seniors Eddy Garcia (LEFT) and Aryana Portillo (RIGHT) collect trash outside Boone during the “Clean Up Boone” event on April 22 hosted by the FCCLA.

After two years of clubs not being able to meet, Boone’s clubs have shown up as they donated to charities and causes.

From coat drives to clean ups, service to elementary schools near and far, the Rebels have been helpful.

Everyone was invited to leave positive comments. The event ended with a selfie by the wall and the group inviting the girls to show their moms the wall.

Continuing on this charitable cycle, the Family, Career and Community Leaders of America (FCCLA) held a Clean Up Boone event on Earth Day—April 22.

Members of FCCLA, other clubs, and students and staff who wanted to help were at this event. The students and teachers went outside around the campus and in the courtyards to pick up trash.

Earlier this year, FCCLA made bags of cookies for both the lunch ladies and janitors, and this event was to show the school’s appreciation for them.

The group also held a coat drive in the fall to donate to local shelters.

Boone’s choir held two events earlier this year for those affected by the western Kentucky tornadoes.

In December, the choir raised money to donate to the families impacted, and did other projects to help Mayfield Elementary, whose students were directly affected.

Guests at the choir’s winter concert made paper airplanes for kids in a Mayfield Elementary class whose teacher is a Boone choir alumna.

Then during Read Across America week in March, the chamber choir read books and sang for the same class via video call.

The National Honor Society (NHS) raised about $200 from the “Pie-A-Teacher” event and donated the earnings to the Northern Kentucky Emergency Shelter. The shelter’s mission is to provide life saving/life changing shelter and services for adults in the community.

Some of the NHS members have helped out janitors after school. The group continued giving to the staff by writing appreciation letters to Boone’s teachers.

Students who want to continue being charitable don’t have to join school organizations. There are many opportunities for community service inside and outside of school.